Missed a part of My Fat Story? Read more.

In hindsight, I can see the storm brewing… like hurricanes lined up in the Gulf of Mexico and impacting a coastal community with a one-two punch.

My husband is an only child, and his family has always been stunned by our desire to have a home full of children. When I was about six months pregnant with Ariary, his parents surprised us with the news that they were going to pay for Bill to have a vasectomy. I laughed out of shock. I thought they must finally be right. I signed my name on the dotted line saying that I understood what my husband was doing.

Then, I sat in the waiting room and cried. Never again would I feel the gentle thumping of a baby’s feet inside my womb. Never again would I nuzzle a newborn to my breast. I told God that I believed He could change this situation and if we were to have more children, we would and I still believe we can. However, the pain was incredible.

In the months that followed, I would find my hand running over my stomach as if searching for the comfort of movement. I caressed my rounded abdomen as if a baby was growing inside. And I continued to eat as if I were nurturing a tiny human with my life support.

Only… there was no baby. Only an enlarging stomach, rounded from overeating and lack of exercise. But before I realized what was happening, I almost died.

My depression was spiraling out of control, but suddenly my weight started dropping. It was just before Thanksgiving 2012, and I was consuming a steady diet of Snickerdoodles. I went for an annual visit at my gynecologist’s office and told her that my hair was falling out. She had tested my thyroid just nine months earlier and said that it was probably stress.

One week later, a knot formed in my throat. I grew exceedingly anxious that this formation in my neck would smother me while I was sleeping, and I could no longer swallow food. Bill was also scared and called his own doctor to ask some questions. The doctor worked me in that afternoon to see his associate.

As she came in to examine, I saw the alarm written across her face. I had arrived at the doctor’s office alone since Bill was watching the children at home. When she told me that I needed to drive across town to the hospital for an emergency ultrasound, I began to hyperventilate.

She thought I had cancer. My heart rate was racing. My weight had dropped 15 pounds in a week. My hair was falling out by the handful. I had a large mass in my neck.

I had to call Bill and tell him the news as I pulled into traffic. My parents were away and were not available to keep the children, so he called our neighbors and they quickly came to aid with childcare.

We snuggled in the waiting room until they called my name. The ultrasound technician could not say much but tried to reassure me. The results came through my doctor the next day. Multiple goiters… and one was extremely active. She recommended surgery as soon as possible.

The surgeon looked at my lab results and shook his head. He explained that I was in the middle of a Thyroid Storm and if they operated, I had only a 10% chance of surviving the surgery. We left feeling utterly confused. I could not even walk across the room without my heart racing. The doctor had told me that if I exerted myself even slightly, I could drop dead with a heart attack.

My mother started talking to doctors she knew, and one called an endocrinologist who came in on her off day to see me. After several tests, she explained that I had Subacute Granulomatous Thyroiditis. My thyroid was passing through a season of hyperthyroidism, would level momentarily at normal, and then would rest in a hypothyroid state. She could not determine how long each season would last, and to compound the problem, I had undiagnosed Hashimotos Thyroiditis.

My life was shifting into a “new” normal, and I did not like it. 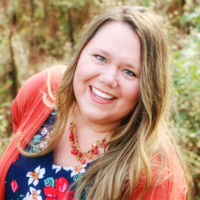 Hi! I'm Tabitha. Yes, I know that you expected someone named "Penny," but there is a bit of a story … END_OF_DOCUMENT_TOKEN_TO_BE_REPLACED