This is a sponsored post written by me on behalf of Soffe for IZEA. All opinions are 100% mine.

For the most part, I have avoided the #selfie fad as much as possible because I personally think that there are more interesting things and people around me to share in social media than pictures of me. However, recently I tweeted out a picture of myself after a quick haircut.

Got my dead ends cut off. Less than $20 at @supercuts including a fat tip! #selfie pic.twitter.com/Yho4Ih1f0i

I resisted the temptation to edit out the redness, wrinkles, and acne scars but did take the time to position the camera “just so” to keep my double chin from showing and changed the filter to soften my lines. Keeping it real here, y’all.

Proud that I could promote a company with a supportive (and unsponsored) tweet, I closed my phone and did not think about it again until several days later when I received a response from a Twitter bully. This jerk told me that I should be more concerned with my weight that my split ends. My initial reaction was intense hurt and my depression flared. I grabbed a handful of chocolate morsels to munch and posted to Facebook:

Stunned. A Twitter bully just tweeted me a mean comment about my weight. Really?!? Like I don’t know that I have a weight problem? Like I need some random person in the Twittersphere to bring it to my attention? I checked his account and everything he tweets is hate. After I reported him and blocked him, I was saddened to see his follower count was over 1,000 tweople. Such a waste. How could we change the world if we posted positive, loving, and supportive comments instead of using social media to spread negativity?

While the truth of the matter is this guy was wrong to respond to me in such a hateful way, it is also true that we have become a society so focused on the selfie that we have provided a platform for jerks like this to stalk social media.

Over 1 million selfies are posted to social media each day with 91% of teens having posted a picture of themselves online, and 30% of the photos taken of people aged 18 to 24 are… selfies! Scarier still, 35% of 18 to 24 year-olds admit to altering their photos. [Source]

As a social media expert, I understand that platforms like Facebook, Instagram, and Twitter are largely image-based. In order to follow the trends, I am taking more pictures and videos of myself than ever before… whichmeans I am spending more time in front of the mirror than ever before.

Honestly, there is nothing wrong with the occasional selfie, but the danger starts when:

1) Selfies make up the majority of what we share.

Blah. Who wants to follow anyone on social media that is so totally self-absorbed? I will unfollow anyone who fills my Instagram feed with pictures of themselves.

2) We start focusing on our flaws.

Yes, we all have flaws. Well, the normal, natural people do anyway. It’s just how we are made and we should embrace those flaws for the uniqueness they give us instead of feeling like they set us apart as different in a bad way.

3) We compare ourselves to others or feel life is a competition.

Get this… my life? It isn’t always great. I’m willing to bet that your life isn’t always sunshine either. But neither of us are apt to post those photos to social media. Am I right? We don’t want people seeing the yuck in the bedroom or the scum discovered in the pocket of a backpack. The screaming kids who share the house or the ants marching across a sticky counter.

Because gosh darn it… I want you to think I have it all together! This #selfie mentality makes it all about me and I begin losing focus on the really important things like WHY I need to be real, HOW I can encourage others through social media, and WHAT I can post today to show how hard (but awesome) life can be.

What if we did something completely different? Like I said in my Facebook post after Mr. Twitter Bully hurt my feelings, “How could we change the world if we posted positive, loving, and supportive comments instead of using social media to spread negativity?”

Oh, we can change. Yes, we can. With one simple move.

Turn the camera around.

Instead of focusing on our flaws or trying to make ourselves look awesome all the time, what if we used our cameras to build one another up?

I think that together, we would make a more beautiful picture.

Want to know what makes me strong? My mom. She's helping me get the house ready to sell and neither of us are looking our best, but this is real. This is us. Unedited. And we make a beautiful picture… Together. #TheUsProject

Join #TheUsProject movement and not only will you be a winner by making a positive difference in social media, but you could win an awesome t-shirt from Soffe. 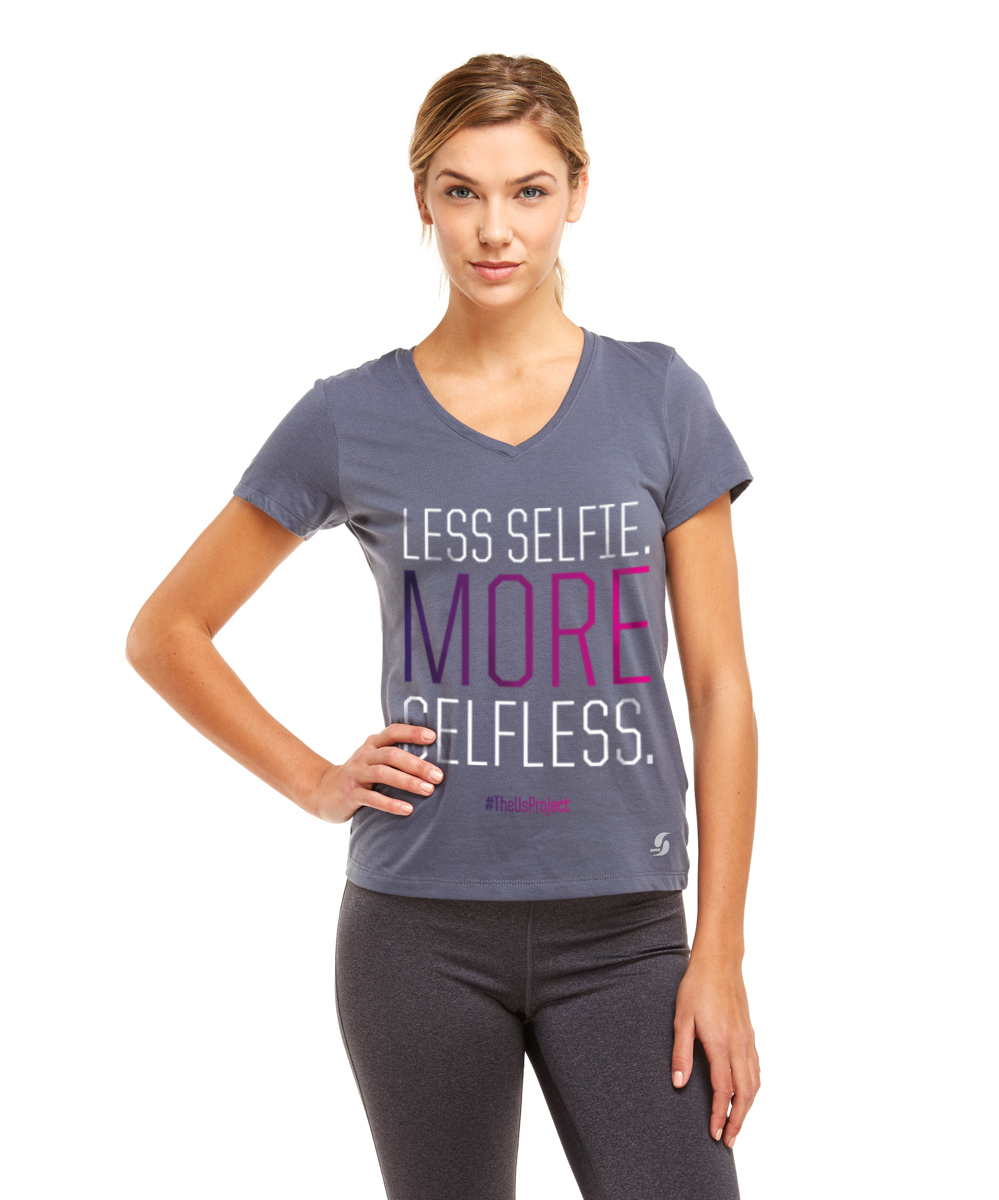 I want to see what makes you strong, what makes you happy, what life really means, and I want us to do more for others as we spread this positive message all over Facebook, Instagram, Pinterest, and Twitter. Share your #TheUsProject pics with me today.

Hi! I'm Tabitha. Yes, I know that you expected someone named "Penny," but there is a bit of a story … END_OF_DOCUMENT_TOKEN_TO_BE_REPLACED